What Is The Most Popular Anime 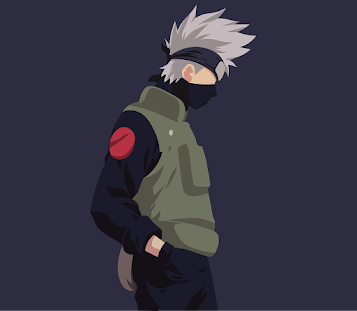 Well hello there, I have selected few top rated animes. That you must watch if you don’t know What Is The Most Popular Anime. So without wasting anytime further let’s dive into it.

These Anime are not in ranking order they are randomly placed.

It is a story of a boy whose dream is to become a Hokage which is the highest title given to a person in a ninja village.

This Story of Naruto who is ( a clumsy and naughty  Boy) to the world’s strongest ninja is just one of its kind. I still remember this anime clear as I have just finished it yesterday though it has been more than 5 yrs.

And I still think this is one of “the all-time best anime”.

I will highly recommend you to watch this anime if you guys are just getting started with anime.

This anime has everything action, adventure, romance, a slice of life, etc. It belongs to every genre.

It has more than 140 episodes is one of the high-rated anime. If you ask an anime one who watches anime he/ she will say that this is one of the must-watch anime.

The story goes like this ‘Gon’ who is just a kid who wants to become a hunter like his father and leaves his hometown. In starting it seems the character is overpowered but later on it is told that is normal in hunter association. He in his journey meets a boy name Killua who belongs to a famous Assassin family.

And from there on there adventures start special the ant arc is one of the best arcs and actions are seen is on the next level.

It’s not like some anime in which the protagonist will do everything on its own and will be the MVP of the day. But instead will go through intense training and hardship to become strong. This is the best thing I like about this anime.

This anime got OVA and movie .and therefore it is one the ‘all-time best anime ever.

FMA( Full Metal Alchemist) is the story of two boys who try to revive their mother through alchemy but due to this his brother lost his body and has his soul fixed in a metal suit. And the protagonist himself losses his hand.

This journey of their to discover new truth and to revive his brother’s body and his arm.

This anime is truly a unique one this is the thing that makes this anime one of the all-time best anime.

It is a TV series having two titles –

With this, it has its own movie and OVA

With this being said I would like to add a few lines from my part this anime is a masterpiece everything about this anime is too good from the plot to the movement of the anime with which it moves forward is good. In no way you would feel bored it will just keep on entertaining you from its comedy, action, and adventure.

So I will highly recommend this anime to you guys at last I would say this is one of “What Is The Most Popular Anime”.

Next On The List For “What Is The Most Popular Anime” is Fate/Series.

It has many series under it so I will write down in order of which to watch first.

This series takes place 10 yr before the event of the series fate/stay night.

This series revolves around the boy ‘Shirou Emiya’.He fully admires his father and wants to become an ally of justice.

The whole story revolves around Shirou and his entanglement in the holy grail war. Even he is not a strong sorcerer like his father and wants to become like him but he can’t then a certain day he was drawn into the holy grail war and have to summon a servant and from here his life change.

In order to make their wish come to true Shirou and his servant participate in holy grail war and fight against many opponents and their servant. As Shirou is weak he partnership with Rin but after some time problem between their servant.

This is the last series of fate so I will not talk much about this so as not to give any spoilers.

Apart from this Fate series have its own movie you should check them out too.

Jojo Bizzare Adventure is one of the most selling manga and its anime series is as hit as its manga it consists of a total of 8 story arcs each following a new protagonist with the nickname “Jojo”.

It was first serialized in Shueisha’s Weekly Shōnen Jump.

This series is one of the must-watch series with a different story every time.

This season has both part 1 and part 2 of the series with 24 episodes.

This is the 3  part of the series and has 24 episodes in total.

Following part 3 is part 4 of the series and has episode 24.

This part of JoJo has a total of 39 episodes and is followed in Josuke.

Bleach follows the Adventure of ‘ Kurosaki Ichigo’ who is a normal high school boy until he meets ‘Rukia Kuchiki’ as he obtains the power of Gream Reaper.

In his journey of fighting with hollow and Saving humans from them, his friends join with him as they gain some of his power.

This anime has everything from overpowered characters to plot twists and god-like old men. It has comedy and action.

This anime got everything that awesome anime has to offer.

It got 366 episodes in total with many movies and OVA.

So it is one of its kind of TV series. If you are like me who loves to watch TV series more than season series then you have definitely gone like it just as I liked it.

I would be happy to consider this anime as one of the Next Generation “Big 3” Anime.

It is one of my favorite anime. Because of many reasons firstly its unique storyline is the backbone of every anime. And next is its animation and fighting seen I was in love with its animation hands off to the animation department and lastly due to the “Nezuko-chan” you will get it when you will watch it.

The story of this anime follows a boy, the name “Tanjiro Kamado” who lives with his family which includes his mother, brother, and sisters far from a village on a mountain full of snow. The certain day he couldn’t get back to his family after visiting a nearby town/village due to harsh weather and finds out that his family was slaughter by a demon “Muzan Kibutsuji” but you call it fate, luck, or whatsoever one of his siblings is alive and slowly is turning into a demon. From that point in time, Tanjiro decided and make that his ambition to kill Muzan and turn his sister back to human again.

This battle between humans and demons is just amazing. I will highly recommend this series to must watch anime.

ALSO READ  50 Loli Anime For You To Watch

When I first watched its episode I said without a second that these anime have gone be “The Best Anime Of All Time” and by sales no I can say I was right.

You must watch this anime without giving it a second thought.

The story revolves around “Yuji Itadori” who he definitely not a normal human as he has superhuman strength. He joins a club where he and his club members, certain find a curse and release it and in order to save his friends,’ Yuji’ eats the finger of Ryomen Sukuna and meets “Megumi & Gojo “from here on real story begins.

I just love the storyline of this anime, and sometimes it makes me think how in the hell these guys get these ideas.

All praises for this anime less for this anime it broke all records of manga sales since 1999 and is still one of the highest-selling manga. Anime has 950+ episodes with still airing and manga has more than 1000+ chapters and according to the author, it will still take about 5 years to complete this series.

This anime is like it has its own world, everything is alive and you are just spectating some world just like god. I mean not like other anime in which the story only revolves around the protagonist in this every character lives their own life and roles.

This anime just blows my mind. Especially I like villains that are truly overpowered such as “WhiteBeard” and “Kaido” I guarantee you even though you haven’t seen this you have heard these names.

The story revolves around ‘Luffy’ whose dream is to become a pirate king and find the treasure with his crewmate while having fun on their journey.

I need not say much I hope you get what I’m trying to say by reading these many praises it is one of ” The Best Anime Of All Time”.

If you love anime in which the main character is overpowered then this is the one for you it got 3 seasons with each season consisting of 13 episodes each.

The story revolves around ‘Ainz Ooal Gown’ which is the character name of a player and the last player in the game. He starts to live in-game as the last player with his servants and strives to take over the new world formed as NPCs has started to gain emotion.
I would say in this anime protagonist is more of an antagonist.

Apart from this anime is quite good and displayed I will suggest one should watch it.

So these are my few recommendations for ‘What Is The Most Popular Anime’.