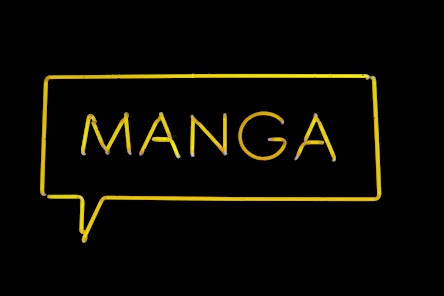 Here I have a top 6 recommendation for “Best Manga”.

Solo leveling is manga that revolves around a boy called ‘Sung Jin-Woo’ who initially was called the weakest hunter .Hunter is a term given to a person who clear a dungeon either with a party or a small group rank is divided from ‘E’ to lowest and ‘S’ as highest though there is ‘SS’ rank but nobody has achieved except ‘Sung Jin-Woo’. Story goes like this he with his party goes to dungeon  and finds out its a trap and they are tested .

With only Jin-Woo and 2 other member left but after some time he ask other 2 to leave then dies there. But it turns out that he didn’t died there but instead gain a power of shadow monarchs and that is where manga start getting interesting.

It has 150+ chapter and still on run. It is one the highest rated manga there. And new chapter is released evey weak on Wednesday. And have total of 8 Arcs and each arc is better than previous arc and it keeps on getting better and better with every chapter.

I will highly recommend you to read this manga.

2. Tales of Demons and God–

(Mad Snail)
Concept Of this manhua is not unique it can be found in every second manhua but what makes this series different from other is its pace by which it moves and its image most of manhua are either badly drawn or moves way to fast or way to slow
This is the thing that keep you engaged in this manhua .

Story follow a boy who died in his previous life from elite while fighting and finds himself in his 10yr body now he decide to save ‘Glory City’ his lover and teacher .And beat the crap out of those elites that led to destruction in his previous life . Now he has all the knowledge and skills that he has mastered in 100yrs in his previous live and is prodigy in this life . He teaches his friend how to cultivate and make them strongest for there level so much that no has seen anything like that before.

It gets more interesting when he overpower his enemy or out smarts some who thinks they know everything. This is thing that I look and find interesting.

Theme of this anime is cultivation everything is related to it. Which is basic concept of every manhua. This manhua has more than 320 chapter .And have many different arc.

It is one of the highest rate manga in every manga website there of rating 4.8/5.So I will highly recommend you guys that if you are in manga then check this manga out. And it keeps on getting interesting as more world and more powerful foes are introduced in manga it create a special hype .So check it out.

3. The Beginning After The End –

This Manga is one of the ‘Best Manga’ and it deserve to be and it also got the anime adaptation. It has 100+ chapter with colorful pages and still ongoing .It got everything that a perfect manga have perfect story line, good pace, good character design, character introduction etc etc.

Story follow like this protagonist is reincarnated to a different world in his previous life he was king and was highly skilled with sword and Ki but was unhappy and ultimately killed when someone betrays him but this time he is born in a world where magic is a important part of life .He is born in a small family and his name is ‘Arthur’ his parents were adventures before they got married and settled .

And so story continues as Arthur is boy with a brain of 26 year old man. So he decide that this he will protect his loved ones by become strong so he starts learning about magic and stuffs of this world .Soon he becomes the prodigy and story moves on with  excellent pace and drama .

He then after  few incident was forced to train apart from his family and then he reunites with them after few yrs. and then he become adventurer for 2yrs. From there he made a friend who attains school .And so story goes on.

In this manga he is shown as a complete prodigy who has knowledge of everything and even help other to invent stuffs from his previous life. And during action part he is shown as completely badass I like this manga .You guys should definitely check this one out.

It is the  highest manga selling of 2021.It’s movie “Demon Slayer has broken the record of highest -grossing of all time in japan as well as known as highest-grossing anime of all time globally of 423 million dollar in total.

Story follows boy name “Tanjiro Kamado” who lives with his family consist of his mother brother and sisters far from a village .Certain day he couldn’t get back to his due to harsh weather and finds his family slaughter by a demon “Muzan Kibutsuji” and find one of his sibling is alive and is turning into demon from there on he decide to kill Muzan and turn his sister to human again.

In his journey he meets many people that help him grow and to assist him kill Muzan.

This Manga has total of 205 chapter and is finished its story as you guys may be aware that it has anime adaptation as well as has its own movie “Kimetsu no Yaiba the Movie: Mugen Train”. It consist of 10 different arcs and Mugen Train is taken from one arc you can say it is a cannon movie.

The demon slayer have different type of breathing and it is of total 10 type. And demon uses blood art and are total 10 in number and divided into 2 half Upper Moon Echelon and Lower Moon Echelon. Similar to this Demon Slayer have pillars or Hashiram this what they call pillar in Japanese.

And finally story ends with ‘Happy Ending’ as Muzan is killed and there is no demon left.

And it has total of 17 million of copies circulated all around the world as well as this manga has won 44  Kodansha Manga Award of Shonen category of 2020.

Story follows a boy name ‘Takemichi Hanagaki’ who is in his 20s and lives a boring and miserable life as he has lost his dream his girlfriend is killed in fight between to Gangs.

On one certain day he was standing on a station and is pushed in front of a train but finds himself in 12yrs. in past then he decides that he will change his life he will change himself and save everyone that are dear to him.

So he tries to save his girlfriend and friend and when he did that he went back to future and finds out nothing has changed so he  tries many time and then realizes what is going on and why  future is not changing then his leaps one last time in past as his future self is killed and this time he solves the problem and saves everyone except one.

By this manga has entered its finial show down or final arc. In this arc he will try to save everyone including mike-kun.

I will suggest you guys to read it it is fun to read though it is not colored you will still love it once you start to read it.

I have recently read this manhua and man I love it I mean it is just totally badass and totally overpowered with excellent pace and story line .Its chapter are produced with color which makes it more interesting  this manhua has more than 170 chapter and all colored and got the rating of 5/5 all most in every manga website so I considerer this manga as one of the  “Best Manga”.

Story follows a magic emperor who get betrayed from his own subordinated  and get himself killed by him. after this he finds himself in body of a weak boy who is butler of a small family in a kingdom the boy was by assassinated as someone from there family betrayed them and killed him and then emperor enters his body and turns the table.

And like this story continues and he remain loyal to this family due to a curse on his heart while improving his cultivation and skill . Further in story it is shown  he is a totally prodigy and badass as he king of alchemy and has badass abilities and then he decides to make this family as one of the seven major families of nation.

It is shown in manga that he is ruthless and untrusted worthy but still people believe in him as if he decide to protect someone no one can stop him.

This manga is full of action and if you like killing seen or like that or you believe in no mercy for criminal then this one fantasy series ids for you.

Hope you guys like my top 6 recommendation of ‘Best Manga’.