Updated News–  This News is in continuation of our previous news regarding. Read Orginal News Down Below.

After the release of news from playerWON. EA(Electronic Arts) said that they are not planning to run in-game ads.

Original News– Here is an important piece of information for gamers, these changes can completely change the gaming experience of the players.

Similar to video game ads in mobile, A new advertising platform will allow companies to include video ads in PC and console games. According to news those players who will watch these ads, they will get rewards, such as in-game items and currency, and it is being said that Dubbed playerWON and owned by Simulmedia will target those games which are free-to-play, this information is confirmed by Axios report. 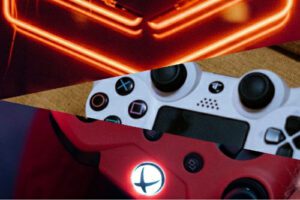 According to sources: EA games, Hi-Rez, and Simulmedia have already struck a deal, and a pilot is already on run. According to statistics present in the report, players that were present during that pilot are more likely to play a game and spend money in it if they could acquire perks and rewards by watching ads. It is not confirmed that player could acquire in-game currency if they watch 15-30 second ads or a complete ad this information will we cleared as more information regarding these is presented by the company.

The main target audience of these Champaign is younger players that are from (18-34), as these players are difficult to reach through convention video marketing. Though this confirms that to get “rewards” players have to watch these ads completely.

Many other claims are being made by Simulmedia’s such as that people would be willing to watch up to 10 videos a day for rewards, which sounds crazy but they say that they have data.

According to Simulmedia’s Dave Madden data, they point out that 90% of the free-to-play audience never buy in-game items, so this is another way to squeeze cash out of them. The company wants to implement these ads in as many as games it could by the end of 2021.

This change could bring, a huge change in the gaming industry as well as it could affect the in-game experience of the player.