As GTA V was released in 2013, fans of the GTA series have been speculating about the release date of GTA 6. Now is the time when GTA 6 could be released according to fans.
In a new report, the release date of GTA 6 or the grand theft auto 6 has been revealed, but fans are not going to be happy after knowing the release date of GTA 6. GTA is one of the most popular action-adventure game sequels, available ever since its release in the year 1997.
The released date of GTA 6 according to leaks:
According to, past reports it has been revealed that GTA 6 will be launched on September 23 but new leaks give a whole different picture which is: GTA 6 will be released in the year 2025 and not when we are thinking it will be available. This report is definitely shocking and disappointing news for GTA fans and as well as for gaming enthusiasts. 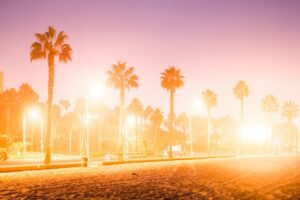 To recall, GTA V was first released in the year 2013, in the month of September. Since the launch of GTA V, fans have been speculating about the release date of the next version aka GTA 6.
As per a recent video uploaded by Battlefield and Call Of Duty leaker Tom Henderson on YouTube. The video revealed some of the new features that GTA 6 could offer to the players. And as shown in the video a new role will be given to players which is a role of a hacker similar to GTA 5, GTA 6 will also have multiple playable characters available for players to play with.
And it is also revealed in the video that there is a major change in the map as we all know and we are familiar with the map of GTA V which is a static map unlike GTA 5, map of GTA 6 will be an evolving map that is it will be updated/changed somewhat similar to a game like Genshin Impact.
Here are two additional pieces of information about GTA V:

Also, Check Out our other Blog: