If you follow Marvel Universe or you are a fan of Marvel then their is a good news for you guys, as later this year Marvel is releasing a new title. The title is called Marvel Future Revolution and will be launched on both Android and ios. 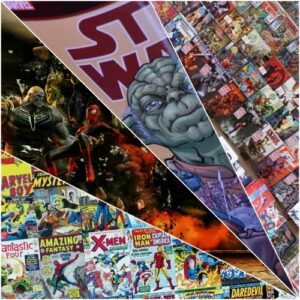 As well as, pre-registration are open you can register in your respective App store. In Apple App store there is hint that it may be launched after September. as for other app store no specific date is available.

As usual, game is free-to-play with superheroes from the Marvel universe. The gameplay and graphics are going to be same as the console versions of existing Marvel-based games. And for the once who will Pre-registering the game they will get Marvel Comics costume for free when it releases.

Pre-registration for the Marvel Future Revolution game are open.

According to news, player will initially start off with a limited character set that contains Iron Man,Captain America, Black Widow, Captain Marvel, Spider-Man, Doctor Strange, and Star-Lord. And Netmarble has confirmed that they had some plans to add more characters, regions, gameplay and more in-game items.

In a pre-announcement briefing of the action-game, Netmarble gave us a glimpse of what to expect from the game. Player’s will get lotsof fighting alongside your favourite superheroes. “Epic Missions are assigned to Players, which is assigned alongside with the main storyline, as well as are Side Missions assigned allow players to unlock sub-storylines to experience. As players will make progress in the game, many multiplayer content will unlock, including Blitz, Special Operation, Raids, and more. One thing that I personally like about this game is that, Players will also be able to flex their Super Hero skills in various PvP modes, players can choose from 1vs1 matches up to 10vs10 matches of high-level players,” says Netmarble.

Story of the game goes like this, ‘Primary Earth’ which is formed because of numerous Earths converging across multi-dimensions. As for the players they are agents of the newly formed ‘Omega Flight’ Super Hero team, players will work together as a team to battle an onslaught of Super Villains, confront their nefarious behaviors, defend and protect the universe,” says Netmarble.

As per news the game has a feature of 3D open-world which user can enable in setting and has multiple regions such as the high-tech New Stark City, Sakaar, Xandearth, Hydra Empire, and Midgardia. Information Regarding Villans, players will face some of Marvel’s deadliest villains such as Ultron, Kingpin’s thugs, soldiers of Hydra, and A.I.M. Scientists. You will also face powerful boss characters like Thanks, Yellowjacket, and M.O.D.O.K.

According to Netmarble they are aslo bringing powerful customization options to the game. Which enables, player to dress up your Super- Hero in some of the coolest costumes seen in the Marvel universe and even the MCU.

Learn to know more about:

2 thoughts on “New Title for Marvel will be launched soon, pre-registration are open | Animeology”