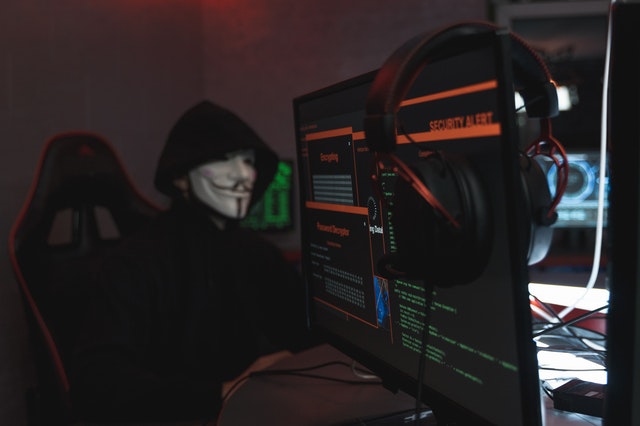 A huge amount of reports from the player’s across social media regarding the hacking attacks on Apex Legends servers which in result made the game unplayable, and apart from this it also displayed a message about Titanfall and  Respawn’s previous game series. For those who don’t know what is Titanfall, it is a game from EA.

In the message, “SAVETITANFALL.COM, TF1 is being attacked so is Apex,” was written. As well as the player’s also received a popup as “Important Message” after their match which reads as “Visit and reposts savetitanfall.com”. 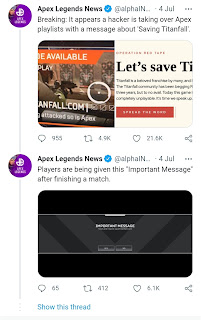 After this incident, the website of “savetitanfall.com“, and its Discord server said that “In no way they were associated with the recent Apex Legends  server hack.”

And as per the player’s, those who experienced the hack were unable to join matchmaking for any of the modes available in-game but instead, it showed the message “SAVETITANFALL.COM, TF1 is being attacked so is Apex,”

While those who are curious what is the matter with Titanfall and why hackers are going to this length for a game. Well, according to the website “savetitanfall.com” they accuse EA(as a fraud) of selling Titanfall while it’s “unplayable.”

The savetitanfall.com was created to draw the attention of the public towards Titanfall, this website has been online for a few months now. Titanfall was unplayable for years now because of the takedown of the server by hackers. Titanfall is still on sale, even though it is unplayable, this game is a multiplayer online game. For a few months now a popup is displayed every once in a while for the past few months, which says “help is coming”.